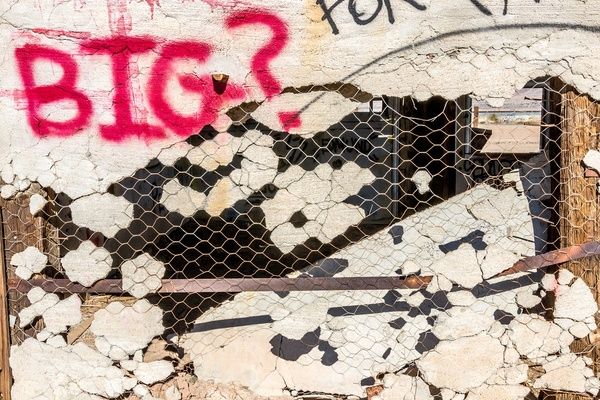 What if I've been chasing the wrong goal?

Recently I had this great idea, I’d join the Neil Young and Crazy Horse fan page on Facebook and post one of our Neil Young-influenced songs. The group has 25,000 subscribers! I couldn’t wait to see how many hits our Bandcamp page would get. Then my post got blocked. I was hurt. My clever plan didn’t work, and my desire to be “big” remained that much more elusive.

Working really long hours and dealing with massive expectations and extensive travel is completely obscured by the dream of being big.

Big is definitely possible. There are bands out there that are big, but is “big” like a fast food hamburger? Is it something that I don’t really want but the marketers get in my head and I think that I want it, until I have it, and then I regret it 15 minutes later?

I don’t think the marketers are doing Jedi mind-tricks. They know that greasy and salty food pleases the taste buds. Every day I get sponsored ads on Facebook telling me that I can dramatically increase my audience using the power of Facebook - if I attend this one-day webinar for $500. (I just need to develop a niche like Celtic Fantasy Metal.)

The marketers are more aware of my taste for vanity, adoration, and power than I am. At the center of this scam is the proposition that the larger the ratio of artist to audience the better. For example, if you are an original band playing for only ten people, you are a loser (unless you live in Pittsburgh, then you are killing it. …I’ll delete that later. No more dark sarcasm in the classroom.)

If you are playing a 60,000 seat stadium, you are a massive success. But let’s take a closer look.

Playing in a small bar for ten people has the obvious disadvantage that only a few people can witness your sheer brilliance and most of them are friends and family. The band will most likely sing off key at times, miss chord changes, and forget lyrics. But, the band will be sincere in trying to give their best performance to those in attendance, and you have proof they are not lip synching. For their part, those in attendance are coming to be entertained, but also to show support. There is generosity and gratitude flowing in both directions, which makes it fun, which is why you do it for no money.

Playing at a stadium has a different dynamic. Ticket prices and expectations are higher. The performer gives their best, the better because if they don’t the next time around they’ll be in a smaller venue and that will be humiliating. The audience pays money and cheers, but they expect to be entertained to the point that they forget about life outside the stadium for a few hours. The audience participates in achieving that goal by buying at least three $12 beers. Note that there is a lot of money changing hands. Good for the economy. People buying merch, security guards getting paid, and parking lot vendors to mention just a few.

What bothers me is the idea of a very large crowd being entertained by one artist. One star and the rest are consumers. If you want to be that star, then of course, it must be OK. You deserve to be able to exert your influence over that audience. You’ve earned that because of your incredible skill and talent, and it has always been your dream. The audience is there to swipe their credit cards.

A friend of mine attended a huge Bruce Springsteen concert back in the 1980s. He told me afterward that he could totally see how Hitler came to power. The power of one person to stir up a crowd is frightening.

So I’m going to go out on a limb here and say that the enemy is “big” itself. And, the fact that I can’t think of a single good or service that can only be produced and supplied locally is also a scary thought. “Big” also has its benefits in some areas, so I can’t completely throw it under the bus. I’ll let other people smarter than me argue that.

Getting back to music, I would like to propose a radical idea. What if…what if all concerts were local affairs. No national acts playing stadiums. Could we live without a stadium concert for an entire year? (I’ve never been to a stadium concert in my life, I really don’t care.)

The other disadvantage of big is that only a few people can be big. Everyone else has to accept their role as a credit card swiper. That is why I can’t post a song by The Deep Roots on a Neil Young Facebook page. Can’t step on Neil’s turf.

So if “big” is not the goal, what is? Craftsmanship. There will never be too much fantastic music, just like no town can have too many fantastic pizza joints. Good craftsmanship inspires more good craftsmanship. It can also be described as “changing the culture.” See Tom Brady in Tampa Bay.

I’ll have to explore some of these ideas in more depth later.