Spotify: Remember You Are Dust, and to Dust You Shall Return 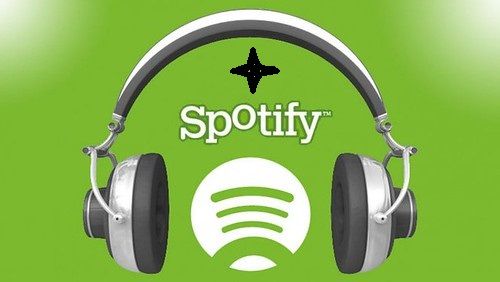 I thought this lent I’d work on the symptoms of my music-related obsessive–compulsive personality disorder (MR-OCPD). I planned to give up asking myself:

My plan was to be happy-go-lucky by Easter, but I got an e-mail this morning with the subject, “Tackling the Spotify algorithm,” and I was off the wagon before I even had a cup of coffee.

Disclaimer: The author of the e-mail is legit. I’ve sat in on their webinars and learned a lot. They do PR for artists and are not pushy about upselling you to their services. What I’m about to say is not intended to be critical of them. In fact, they are part of the solution by exposing the truth.

So here is what I learned from their blog posts before I had to stop and talk myself out of rolling around in the snow in my backyard.

Spotify is owned by the major record labels! Noooooo! The major labels create those much-desired playlists, which can break new bands, are skewed toward the major label artists leaving the indie artists on the outside. Shock. Pound my fists on the table.

To get the playlist creators to notice your band, you need to “bring your fans.” Have them follow you on Spotify. (Deep breathing exercises.)

The best way to get attention is to create great music. (I’ll be right back after I roll around in the snow in 10 degrees.)

Let’s review. The major labels own Spotify and pay fractions of a penny to the artist when a song gets played, pocketing the ad money, and as a new artist, they want you to bring more customers to them. My reaction is to say, a bad word, Spotify and go with Bandcamp exclusively. At least their mission is about partnering with their artists.

To get back to my original thought about giving stuff up for Lent. We give stuff up not to show off our heroic self-restraint, which the older we get, the more we are aware that we aren’t very good at it, but to be free from stuff we don’t want in the first place, like 10 pounds or watching YouTube, or looking to see how many listens we have on Spotify. Whether you are a religious person or not, being free to focus on what you want is always a goal. Nobody is saying, “I wish I could be more enslaved to what I don’t want.”

The root of the issue is the chain that links “good” music to the number of plays. I don’t think that good music is “all in the ears of the beholder.” I think there is room for objectivity, personal taste (or lack thereof), and popularity. An artist needs an audience, so you can’t completely remove listeners, and how many, from the equation.

However, there are inconvenient truths working against the number of available listeners.

So you have the majors doing their best to maintain their market share from the influx of rapidly multiplying independents who are competing for a fairly stagnant number of music connoisseurs. That scenario is only bleak if you thought that 100,000 listens on Spotify would bring you happiness. Otherwise, it is the truth that sets you free to make the music you want, because time is short, "Remember you are dust, and to dust you shall return.”