Kevin Robertson – The Future of Rock and Roll 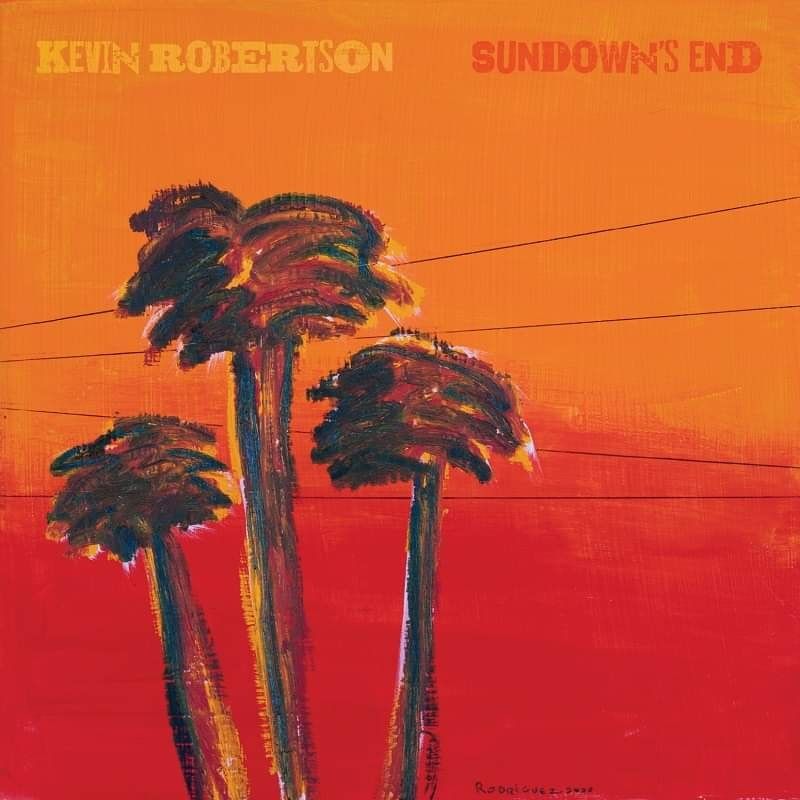 If I was the editor of a major music magazine, I’d put Kevin Robertson on the cover with the headline, “The Future of Rock and Roll.”

I’d do an in-depth interview with Kevin, ask him about his influences, what he’s been listening to, and his perspectives on music in general. I’d also interview Keith Klingensmith, Nick Bertling, Brandon McGovern, and, why not, Norman Blake for some Scottish perspective – if I could get ahold of him.

But I’m not the editor of a major music magazine. In fact, the era of major music magazines has gone the way of the 8-track. And, if you are friends with Kevin on Facebook, you already know his influences, what he has been listening to that day, and his perspectives on music, home repairs, and football.

There is still more to say though. I read about The Vapour Trails release, Underneath Tomorrow, in Dagger Zine. What caught my eye was that this was a father and son band – a pretty rare thing, and being in such a band myself, I gave it a listen out of curiosity. What struck me was that each song was better than the next. I kept expecting something to go wrong, but it never did. There was a mastery of all aspects of the song, driving rhythms, catchy melodies, strong vocal harmonies, good lyrics, memorable guitar leads, and interesting bridges and structures. When I heard the Brit Pop influence on Golden Sunshine, it was obvious that Kevin and Scott Robertson had complete control of the guitar pop handbook, and I had to find out who they were.

Kevin is a small business owner and his teenage son, Scott, was rapidly improving on guitar but having trouble finding other people to play with. So after 17 or so years of not playing gigs, Kevin formed the Vapour Trails from a group of old friends and bandmates. (This is pretty much my story as well.)

So how did they get so good? That is almost an impossible question to answer. Obviously there is a lot of talent and practice involved. I’ll provide my two cents anyway.

For much of history, a son would be taught a profession by his father. With formal schooling, that doesn’t happen as much. What can get lost in formal education is the two-way education between parent and child. The process starts with the father as a teacher and the son as a student, but over time as the son’s skills grow they become peers, if not equals. This has serious implications for the father that drive him to work harder and better because someone is watching him, and someone needs to be taught not just how to achieve a desired result, but the process to get there.

There is also the fatherly instincts to protect and to please your child, which lead you to think outside of yourself. When you succeed, there is a tremendous satisfaction. And as the son gains more competence there is the inevitable, “Sorry Dad, I’m not digging that.” Feedback that a father would most likely not get from a co-worker, but valuable information that needs to be addressed. This blunt feedback doesn’t harm the relationship, it improves both people. If I were to guess, I think that is why Kevin and Scott Robertson are ahead of the pack in the current micro-music scene.

Why is this the future of rock and roll? I find it liberating. You can do whatever you want. The set of circumstances that you are given can be turned around to your advantage. Rock and roll is supposed to be liberating, but it has become increasingly limited, claustrophobic, and selfish. I think that David Lowery captures it perfectly on his latest album with the line “I’m so full of shit/I’m in this for what I can get/in a Bochum disco blue light/a cheap thrill/a good high.” There it is, a summary of the rock and roll caricature. The self-loathing, the selfishness, no wonder so much music leaves you feeling bummed out.

How does that make Kevin Robertson the future of rock and roll? At least for me, knowing that he is doing his thing over in Aberdeen, Scotland – playing music (and cursing home improvement projects) inspires me to keep doing my thing over here in Pittsburgh, Pennsylvania. That isn’t as minor of a thing as it appears. If there are two of us, there are probably more.

In 1995, Thomas Cahill published a book called, How The Irish Saved Civilization: The Untold Story of Ireland's Heroic Role from the Fall of Rome to the Rise of Medieval Europe. To be fair, it was monasticism in general that saved Western Culture through the Dark Ages, but the “Irish” in the title, no doubt, brought in casual readers and kept it on the best seller list for two years. Regardless, the monks didn’t have a game plane of what documents to copy and preserve from antiquity, they saved what was good, what they enjoyed, what was helpful, and what proved to be fruitful over time. What wasn’t good, didn’t get saved.

Why not be the monk preserving the ancient flame of rock and roll for future generations?