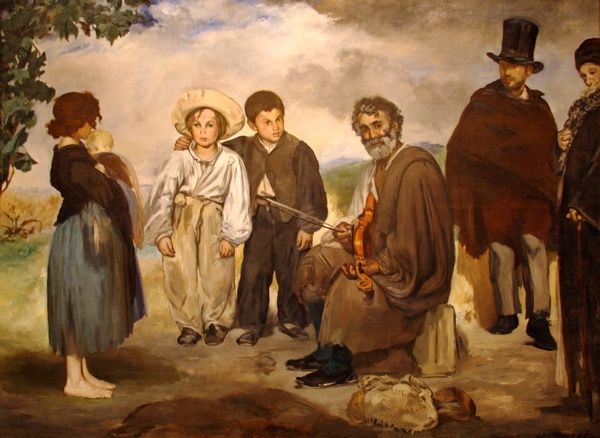 For as long as we’ve lived in Forest Hills, during the summer and fall there has been a farmers market in the Presbyterian Church parking lot on Ardmore Blvd. on Friday afternoons. It was always a good place to get some fresh corn on the cob, but in recent years it has grown into the place to be. In other words, it is hard to find a place to park, the lines are long, sometimes they are already out of what you went there to get (like corn on the cob), and you end up spending more money and time than you intended. Except for spending more money, it is everything that the grocery store is not, which makes it great. Everything is just better from the farmers market, the smoked salmon, the fresh salsa, the neighbor you haven’t seen in six months, and talking with the vendors selling stuff out of the back of their car or truck.

In a sense, the farmer’s market is a restoration of the ancient marketplace. It fulfils our basic need to gather. It restores everything cool that has been taken away by the efficiency and convenience of the grocery store.

But I’m not here to talk about food. Music. It is always about music.

The farmer’s market is a good analogy to describe the new music that I’ve been interested in over the last few months:

These are just three recent examples of great new music being made, and I’d like to give it a name:

These are the bands that are the musical equivalent of the person who bakes 25 pies each week to sell at the farmers market. The pies are great, but when they are gone, they are gone. Baking the pies is not their only income – it is a way to do something they are good at, enjoy, and make some extra money on the side. And if one week, there are only 10 pies, then there are only 10 pies. No phone calls from corporate.

Last night I read Leisure the Basis of Culture by Josef Pieper again. One of the points that he makes is that leisure properly understood is time set aside from work to be open and receptive to appreciate art, nature and/or the divine. It isn’t chilling with a beer by the pool, and it isn’t resting so you can go work more. It is like the temple set aside for worship.

Leisure is the opposite of the athletic shoe commercial that says, “You get out of it what you put into it,” and shows people sweating. Pieper would call that the “total work” mentality.  When applied to music, it gets reduced to an exchange of money for goods and services, which chokes the life out of it. (Not saying musicians shouldn't get paid!)

One of my favorite albums to come out this year is Leaving Key Member Clause by David Lowery of Camper Van Beethoven and Cracker fame. All the songs are autobiographical from the late 80s and early 90s. I think he captures the total work mentality applied to music perfectly, “I’m so full of shit/I’m in this for what I can get/in a Bochum disco blue light/a cheap thrill/a good high.” And the related power trip, “If I make it out the other side/I will be a cult leader/you will be my number one acolyte.” Pretty dark.

Lowery made only 1000 CDs of Leaving Key Member Clause, and said, “Think small. Ubiquity is overrated.” He should know. Cracker was huge. A bet he likes farmer’s markets.

I’ve had a very difficult time getting it through my thick skull that doing music on the side, for leisure, is O.K. I don’t have to figure out a way to monetize. But after reading Leisure the Basis of Culture and listening to Lowery, I think it is more than O.K. I think it is the way to go. And I also think it is why so many other bands who are going small are putting out such great music. If music isn’t your primary source of income, and you have access to a DAW (digital audio workstation) and the internet, the only limit is how long your significant other’s patience will let the home improvement projects slide.

In a sense, it is a restoration to how music has been made as long as humans have been making music, with the exception of the last 75 years when recording and mass entertainment has become the norm. With technology and scale comes specialization. There are writers, arrangers, musicians, engineers, producers, publicists, and managers oh my… In The Great Restoration, you have to learn those things yourself and you improve your craft. The DAW doesn’t lie. If what you recorded doesn’t sound good to you, it won’t sound good to anyone else. There is no stunt man to come in and save the day.

Also, what gets released is only your best. There are no “radio singles” that sound nothing like the rest of the album that the executives think will trick the casual listener into buying your record.

Just a thought. More to come on this topic.